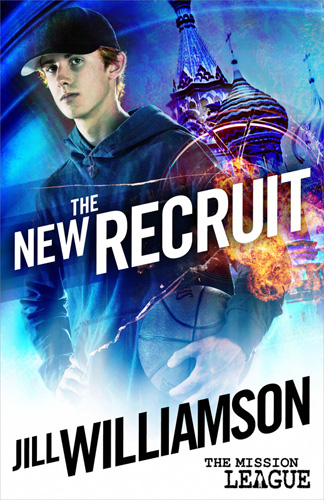 Forced to choose between military school and a Christian spy organization, skeptic Spencer Garmond signs on with the Bible geeks. But before he even boards the plane for Moscow, Spencer realizes this is no Bible club.

What I loved: The voice.

I could pretty much sum up the entirety of what I loved about this book with those two words.

Yes, the plot was amazing. Yes, the fact that Spencer was iffy about what all was going on helped me really believe in what was going on (with a Christian spy organization, there has to be a teensy-weensy ounce of doubt in the beginning, right? Aesthetic distance, maybe?).

Yes, this book totally made me laugh and come home from a long day of school, school, and more school, excited about seeing what Spencer’s next adventure was.

But, really, what kept me reading to discover that the plot twisted and turned was the way Spencer looked at the world.

I remember saying something along a similar vein about Martyr in Replication, but Jill Williamson definitely has her male main characters pegged. She’s awesome at them. And take it from someone who is very much a girl: when an author can get me excited about what’s happening in the life of a fifteen-year-old basketball rebel (with me only wanting to throw something at him once during the whole novel), that’s a sign of true talent.

So you’re dying to know about that one moment I wanted to throw something at Spencer, aren’t you? Well, you see, Spencer isn’t a Christian, but he’s part of this spy organization (unwillingly, anyway).

He makes a great spy and I really like how his not-yet-faith-but-totally-now-spy-work is handled. Completely believable.

{And on the subject of believable, I did mention Spencer’s skepticism of the whole spy gig at first? That was played extremely well, so that when he finally believed in the existence of the whole thing, so did I.}

Anyway, Spencer looks at life in an interesting manner as an unbeliever and there was one line where he basically calls a girl unattractive and I was ready to wring his neck. But it passed and he ended up respecting that same girl, which elevated him again in my book.

You’ll just have to find out for yourself.

Jill Williamson is an author of all things weird. She grew up in Alaska with no electricity, an outhouse, and a lot of mosquitoes. Her Blood of Kings trilogy won two Christy Awards, and she recently released Replication, a science fiction teen novel from Zonderkidz. Jill lives in Oregon with her husband and two children and a whole lot of deer.
Be sure to visit Jill’s Facebook page!