Yesterday evening I turned from brushing my teeth and knocked over a glass of water onto my husband’s tablet. Because I am graceful like that.

The glass landed on the teal rug beneath my feet, but all I could see was that tablet of his, water droplets on its case. He uses that thing more often than his phone! And I just drowned it!

I scooped the tablet into both hands, tearing up, and turned to find him standing in the doorway. He probably saw the whole thing go down, proverbially and literally. But through my tears I could not discern the expression on his face. 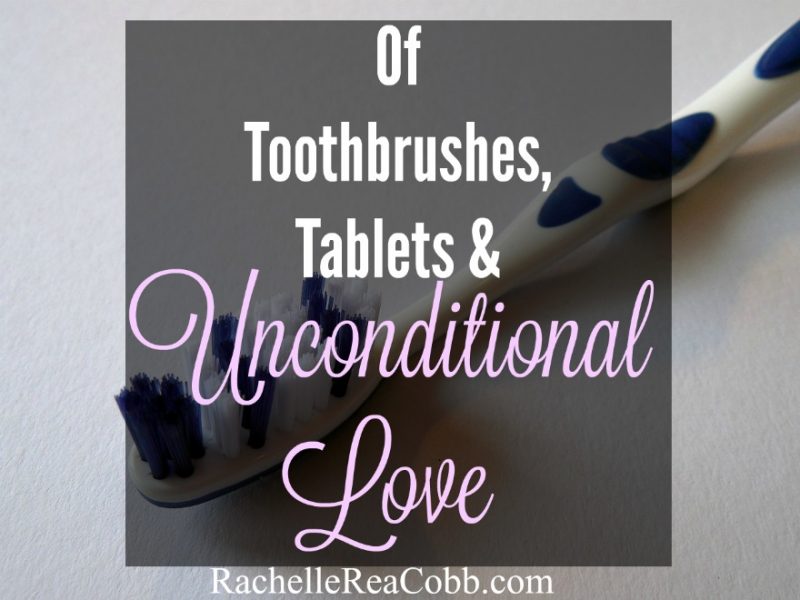 What’s worse, I have a history of drowning devices.

Years ago, when I was single, I used to drown my devices on a regular basis. I would forget that putting my cell phone and my screw-cap water bottle into my oversized purse probably wasn’t the wisest choice. I went through sooo many phones … one of my long-distance friends and I joked that every time she came to visit I drowned my phone.

But that was then. When it was just me. Before I knew Devin existed. Before I married him and learned how, mysteriously, his joy becomes my joy, his pain, my pain. I put it this way to a friend recently:

You know how it feels when you’re small and someone sticks up for your sibling? You’re grateful, but almost on a deeper level than if that someone had just supported you. It means so much more that someone took the time to love on someone you love.

But this time the person who had done something unkind to my person was me.

Even though I had splashed that tablet unintentionally, for a moment there it seemed to me an unpardonable sin. After all, he loves that thing. He’s had it for longer than he’s had me!

There in that moment, him in the bathroom doorway, me on the rug, I forgot who my husband was for just a split second. Kind. Gracious. I forgot he’s promised me his unconditional love.

Holding out what I fully expected to be his drowned, ruined technological device, I was surprised to then witness—almost as if I were not actually present—him place the tablet right back onto the splashed counter. He took me into his arms and whispered, “You do know, don’t you, that even if it is completely ruined, I still love you more than words can say. Nothing you could ever do—especially not something accidental like that—could ever change my love for you.”

Yet I forget that unconditional love is the foundation of our marriage. Instead, I react with tears when I do something that I think will cause him to think less of me, deem me a bother, or find me annoying. Even in the glow of our newlywed life, I find it too easy to forget that a burned supper or an accidental elbow jab to his eye in the middle of the night (still wincing about that!) will not dampen his devotion to me.

Somehow in the bustle of busy days, the hustle of the hurried days, I somehow neglect to recall how it felt to stand at the altar with that man and listen to him tearfully vow me his unconditional love. He promised me forever.

Not until I burnt supper, elbowed him in the eye one night, or drowned his tablet.

That was a holy moment at the front of that church, me in my white dress, he in his suit. We pledged ourselves to each other forever. Then, again, in front of the bathroom sink, both of us standing on a damp teal rug.

Of course the truth is that our human love fails so well at this. But God’s never does. Never ever does.

P.S. The tablet survived, safe in its case. Klutz-proof.