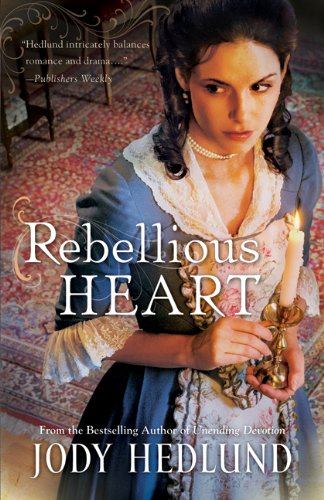 When Susanna’s decision to help an innocent woman no matter the cost crosses with Ben’s growing disillusionment with their British rulers, the two find themselves bound together in what quickly becomes a very dangerous fight for justice.

Susanna was quite the conversationalist–her stubborn nature and quick wit was a delight to read. Despite only being able to pursue her love of learning by listening at the door while her brother worked with his tutor, Susanna is whip-smart and not afraid to show it.

Which not only quickly captured Ben’s attention but put the sparks between the two of them flying.

And yet Susanna goes through such growth in this book. At the beginning, she thinks she knows it all–it’s the king’s way or the highway, and she must snag some wealthy suitor. But she quickly figures out that all is not as it seems. Ben, least of all.

Ben himself changes, too. Still dealing with the snubbing of certain upper class acquiantences even after having established himself as a Harvard-educated lawyer, Ben must deal with prejudice in his own heart.

Did I mention that their love story is set against the backdrop of the pre-Revolutionary colonies and that danger and deception mix into this story in a way that makes it a page turner?

History buffs (like me) who love the freedom-flaring of late 18th century America will fall for this fictionalized look into the early love story of John and Abigail Adams.

Also, I’ve said before that I love when social issues weave their way into novels such as this, and Hedlund does an extraordinary job of not only making the era come alive, but leaving the reader with a taste of what it is to fight for the freedom of those who cannot fight themselves.

Jody Hedlund is an award-winning and bestselling author of inspirational historical romances. As a busy mama-writer, she has the wonderful privilege of teaching her crew of 5 children at home. In between grading math papers and giving spelling tests, she occasionally does a load of laundry and washes dishes. When she’s not busy being a mama, you can find her in front of her laptop working on another of her page-turning stories. She loves reading almost as much as she loves writing, especially when it also involves chocolate and coffee.