Or so I thought.

I don’t normally write about singleness. It’s such a small part of my life in this big grand scheme of book deal, blogging, and business. But…

Once upon a time, a little girl decided that 22 was the perfect age to get married. And that a December wedding would be a dream come true.

So today was the day that little girl decided would be wonderful for a wedding. 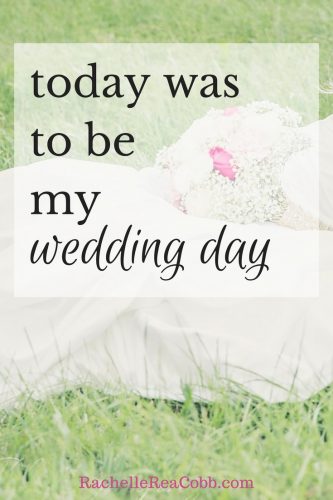 Full Disclosure: I’ve never been engaged or in love. And sometimes I’m sad about that.

Yet this isn’t a mopey post. I have things to do today. Like coach my favorite sport, go to a birthday party, take pizza to a friend with a new beautiful baby, and reread the monstrosity that is the final book in my series.

But just for a moment I’d like to commemorate the death of a dream, on this day where once I thought I’d be in a white dress walking down an aisle on my daddy’s arm.

I hope this encourages someone, speaks to a woman who perhaps was the same little girl that I was.

Who would actually pull out a calender and pick the December after her 22nd birthday and say, ah, yes, that will do nicely.

I chuckle at that little girl now. But I am thankful for her, so thankful for her. Because she dreamed big, even to the point of picking out a date with no man in sight.

There is still no man in sight, but I hand this dream over to the one Man who has never let me down and never will. He has made so many dreams come true (some so much sooner than I thought) that I sincerely do not mind this one having died on the day I thought it would become reality.

He knows what’s He doing, and I love Him for it.

Have you ever had a dream die like this? Quietly in the mist of a Saturday morning? Or bright and big like a fireworks display?

// Dear reader, six months TO THE DAY after this post was published, I met him. And now I’m marrying him. //

I am a freelance editor, author of six books, and voracious reader. I’m married to a man with the same name as my fictional hero, and we live our happily ever after in a fixer-upper by the sea. I’m a fan of chai and lemonade (though definitely not together). Read more…

Never miss an update from me about new blog posts, books, etc.! See you in your inbox!
I underline only books I love ... I may use up a w

One week from Release Day of my newest novel and t

This week I'm rereading my sixth book for the last

Just in case you need to hear this today... I am l

This man once said his favorite word is intentiona

Yesterday we said farewell to this faithful friend