This is my love story.

On March 6, 2015, I met the man I’d marry on the doorstep of my pastor’s home on small group night. Much to my chagrin, I didn’t invite him in, shake his hand, or say a word.

Instead, I left him there on the porch, flustered by the fact that I had gone to the door certain the knock meant a girlfriend had arrived and found a man instead.

I was wrong, I was rude, and I had no idea my life had just changed forever because I met the man who had slain a dragon for me.

That’s how it all began. We dated, we read books together (I read these on my own), and we asked questions (but not too many).

I was a recovering single girl learning to tell my own love story—though I kept it a secret in this web space for many months.

Thirteen months after we met, he took me back to that same festival. Later that day, he knelt on a sandy beach and gave me a love letter, which ended with him asking me to marry him.

This time without any hesitation, I said yes again.

We were wed two months later, on a sunny Saturday, June 11, 2016. On that day, it was my turn to give him a letter I’d written just for him, as well as the letters I’d been writing for years.

Now I’m his wife, which is what I’ve always wanted.

His name is Devin, just like Dirk’s is. That’s right, the romance novelist has had her love stories one-upped by the one God wrote just for her, for me, the happy heroine in a love that’s still going strong as my husband and I make our newlywed nest in our favorite fixer-upper in the the small town where we both grew up. Here’s how we spent our first Christmas together (+ tips for creating your own Christmas traditions!).

So there you have it, the story of how I married a man who shares the same name as my fictional hero. No, it’s not Dirk. Did you really think his mama, who we meet in Book Two, named Dirk Dirk? No, sirree, she gave him a respectable Christian name: Devon.

My man’s name is Devin. I was one letter off, big deal. 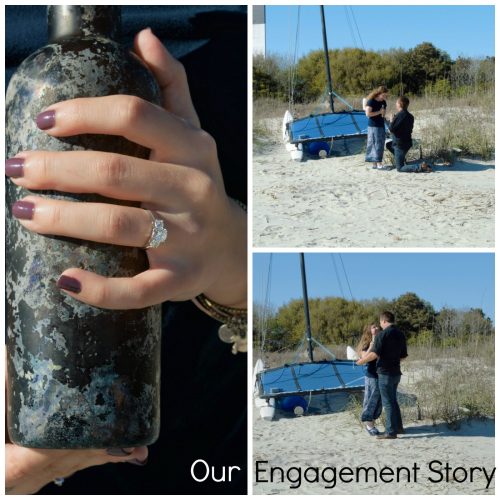